home / about / Our History 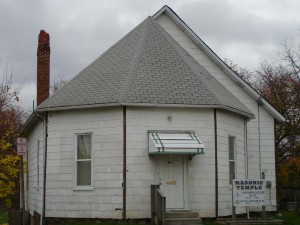 MSBC was founded in 1896 at 48 ½ Winters Lane in Catonsville. The joy of that achievement quickly dissipated, when on their first day of worship in December of that year, the congregation arrived to find benches smashed. The contractor, angry that trustees could not pay the balance due on a $150 construction debt, had vandalized the small, brick building. The church got through that faith-testing experience, and later would be blessed with more space.

It would be 33 years after its founding before a cornerstone would be laid. The following year, in 1930, a building became available on Roberts Avenue. The church sold the Winters Lane building to the Masons for $2,000 and purchased the new building from Macedonia Baptist Church. The church also was incorporated that year. 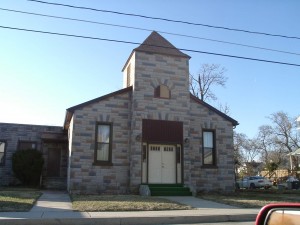 In 1945, MSBC grew again when the congregation built a sanctuary on an adjacent vacant lot. Years later the hall and sanctuary would be adjoined and parking lots purchased. After numerous improvements and beautification projects to the Roberts Avenue location, a much larger church was needed. In November 1979, MSBC, with Rev. Jentry McDonald Sr. at the helm, moved to 154 Winters Lane. Remarkably, the church was able to burn its 30-year mortgage in 11 years. In March 2016 we broke ground for a NEW Ministry Campus in Woodlawn. Our NEW House of Worship is scheduled for completion in fall 2017.

Ten pastors shepherded MSBC. Rev. T. Quarles was the first. Over the next 107 years, nine others would follow, each imprinting his mark and making valuable contributions to the spiritual, organizational, and physical progress. Early pastors included the Reverends G. Claderbuck, S. Drumgold, T.I. Jones, and Walker Dawson. R.C. Williams, William Tapscott, Jentry McDonald Sr., and W. James Favorite. After a 10-month search, God blessed us with our current pastor, Dr. Dwayne Debnam, who assumed the pulpit in September 1996. 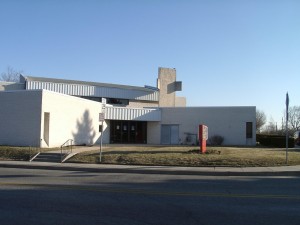 By faith, Dr. Debnam has inspired the congregation to move from membership to discipleship. After much struggle and prayer, MSBC’s blessings continue to multiply spiritually and financially. Ministries have been created and revitalized. Membership is currently more than 3000 persons. Hundreds of these persons are new believers. A third Sunday service has been added to accommodate the growing need for restoration and salvation. With the Lord leading us, MSBC is positioned as a beacon in the community. Dr. Debnam has established the Renaissance Counseling Center and a Center for Excellence which encompasses a GED, computer, career and employment training programs.

What great and marvelous things the Lord has done with the Morning Star Baptist Church of Catonsville. With assured leadership, anointed vision, and a supportive flock, God has demonstrated what faith, humility, and obedience can do. MSBC is proudly remembering yesterday, and recognizes it’s role in empowering individuals for their tomorrow.

In March 2016, Morning Star solidified a transition to Woodlawn when they broke ground for a Ministry Campus.  To the already operating MSBC Community Outreach and Educational Center in Woodlawn, the Ministry would construct a NEW House of Worship and renovate an existing building as a Family Life Center.  The 1500-seat Worship Center was officially dedicated in December 2017.  The renovated Family Life Center opened in September 2018.